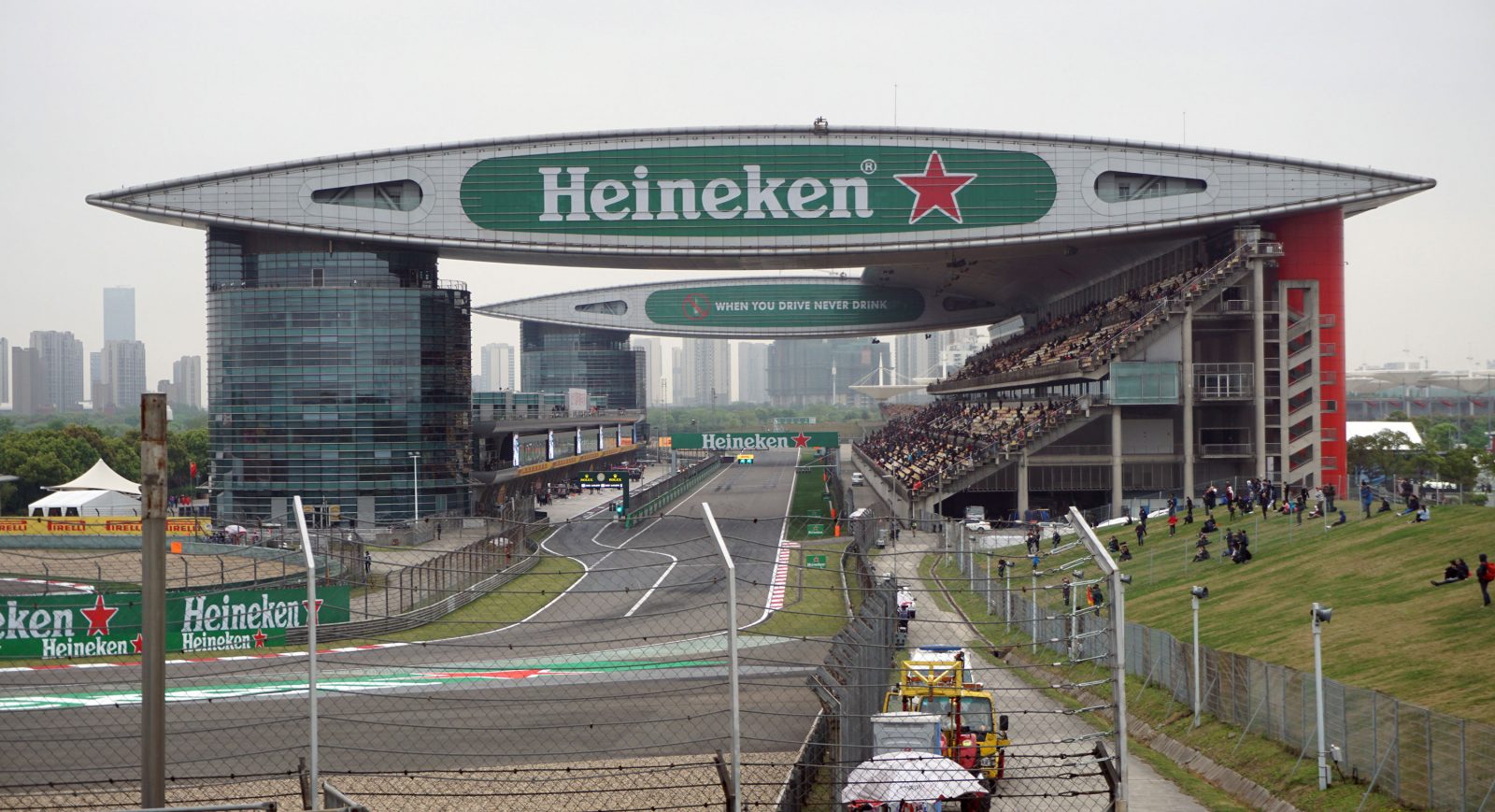 I was lucky enough to be able to attend the Formula 1 2018 Heineken Chinese Grand Prix, which took place from the 13th to the 15th of April at the Shanghai International Circuit. I thought I’d do up a post to give an overview of what being a spectator was like, and offer some tips for people thinking of going to a future Chinese Grand Prix. This was the 19th Formula 1 Grand Prix I’ve attended, most of which have been in Melbourne however I’ve also been to the Italian GP (2013), and the Singapore GP (2016). Hopefully my experience in spectating at GP’s will allow me to offer some insight.

We sat in the main straight grandstand, in the A+ high section. I really don’t think there is a much better seat in the house (unless you had tickets to a corporate box or the paddock club of course). The view was spectacular; you can see so much of the track, especially compared to the two street races I’ve been to. It reminded me of when I used to race karts, as the tracks we used to race on were so small which meant that if you go to the top of the grandstand you could see the entire track. This was no different. There were only 3 corners of the track we couldn’t see! It made following the race so much easier, as the cars wouldn’t just disappear and then reappear in a different order, whilst you wonder why the order changed. You could see it all happening out on the track! 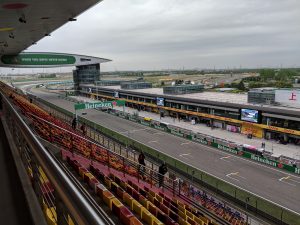 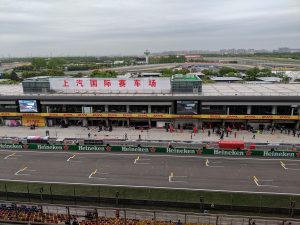 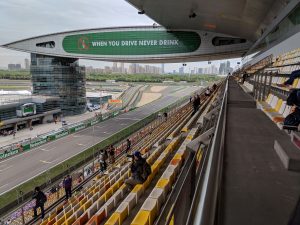 Note that if you sit a bit lower down in the main grandstand, your view of the back part of the track will be obstructed by the pit building.

On the Friday there is no one checking tickets at the entry to the grandstands, so that’s the time to walk around as much of the track as possible to see the view from the other grandstands. We went as far around the track as we could, into every grandstand, and after doing so we were sure that our seats were ideal. 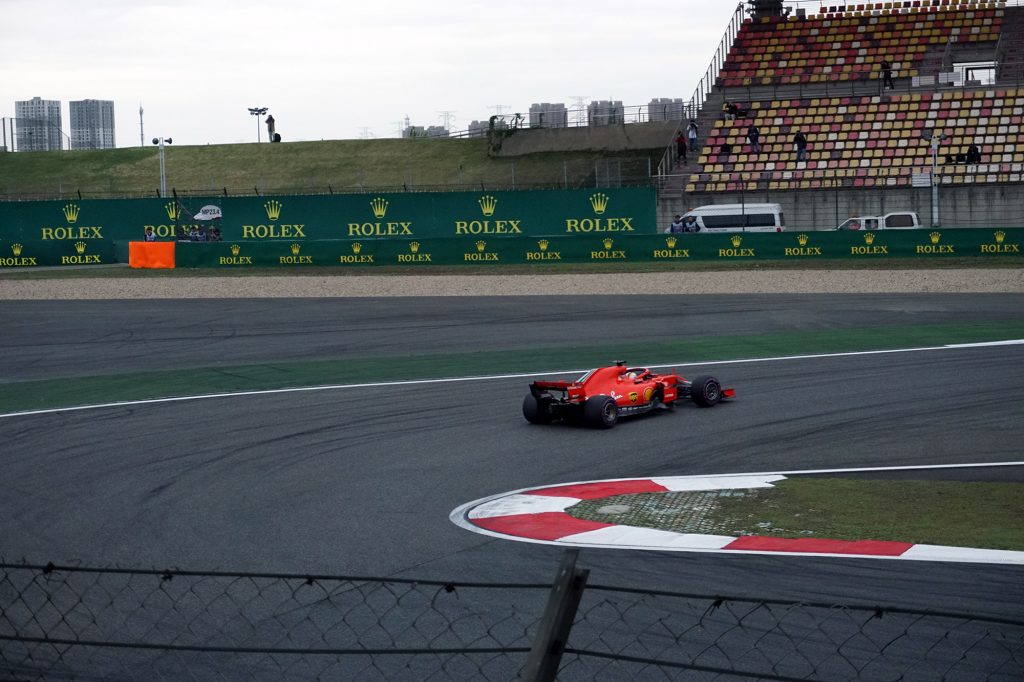 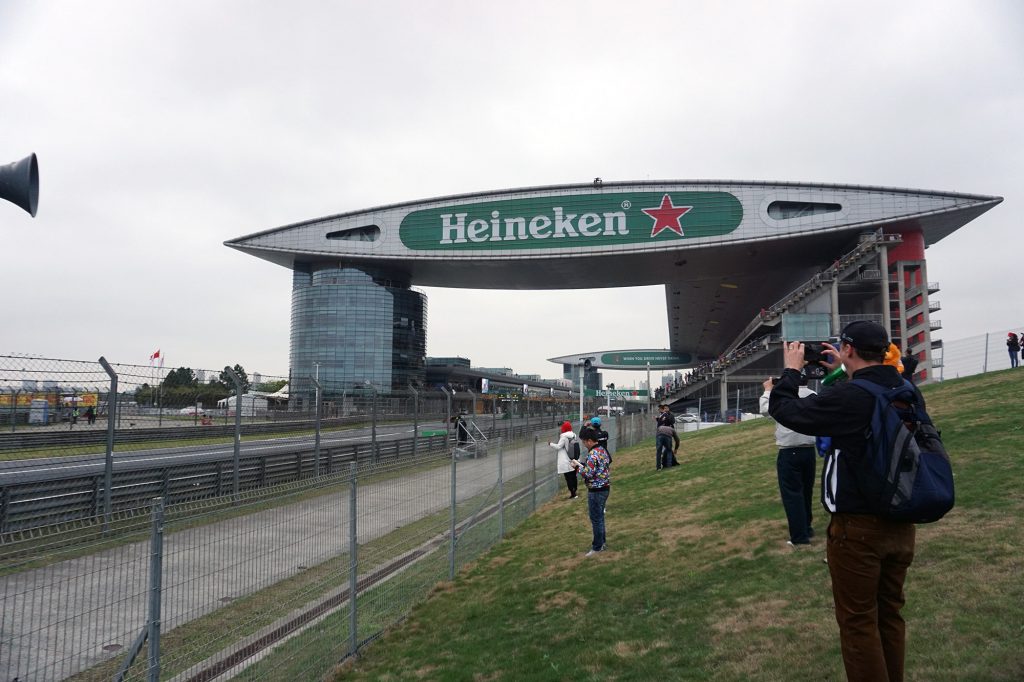 What was quite disappointing is that not all the facilities of the circuit were in use. I guess Formula 1 hasn’t yet become popular enough in China even for the main grandstand to be filled to capacity, let alone to grow to the 200,000 people that the circuit is able to hold It would have been nice if you could walk around the entire track as you can do at most other motor racing circuits. From what I could see it was not possible to walk any further than the mid-point of Turn 1, or about 200m down the long back straight. There would have been many great spots around the other side of the track to watch the cars from.

The food was very average. On the Friday for lunch we went to a Burger King stand which was outside the track. They had clearly precooked all the food and just shoved it under a heater, and so it was probably the driest hamburger I’ve ever had. On the Sunday I had a hot dog, the inside of which was cold. Drinks were great, there was a Johnny Walker Highball Bar – I love my highballs, and so had quite a few of them over the weekend. 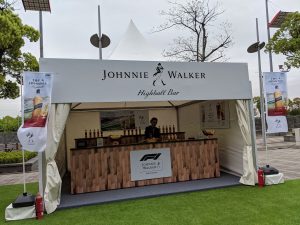 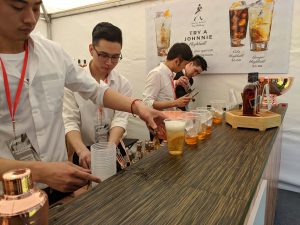 The absolutely ideal spot to stay in if you want to quickly be able to get to the track would be anywhere near a subway line 11 station. However, it’s quite easy to get around Shanghai via the subway. We were staying on the south-side of the Bund, so we caught the train from Yuyuan Garden station, and then changed over to line 11 at Jiaotong University station. The cost of the one way journey was 6 yuan. Trains come every few minutes during the day and so you don’t have to worry about the timetable.

As tickets are required both ways, a good tip is to buy your return ticket when you get off the train at the Shanghai International Circuit station before entering the circuit. This means that when the last session of the day finishes you already have your ticket to get back into the city and don’t need to line up with all the other people that are leaving the circuit at the same time as you.

You can use Google Maps find the way from your hotel to the track, as it has the Shanghai Metro timetables and lines in it. However, Google Maps doesn’t work in China unless you have a VPN. If you don’t want to bother, my suggestion would be to look up the directions before you leave your home country. If you want to use a VPN, both NordVPN and Private Internet Access (PIA) worked well for me. NordVPN was good because it had many more servers, so where sometimes I wouldn’t be able to connect to the PIA servers, I was always able to find one that I could connect to with NordVPN. Both VPN’s have mobile apps which you can install on your phone to route all your internet traffic through them, and Facebook, WhatsApp, and Google Services will continue to work! Yay! 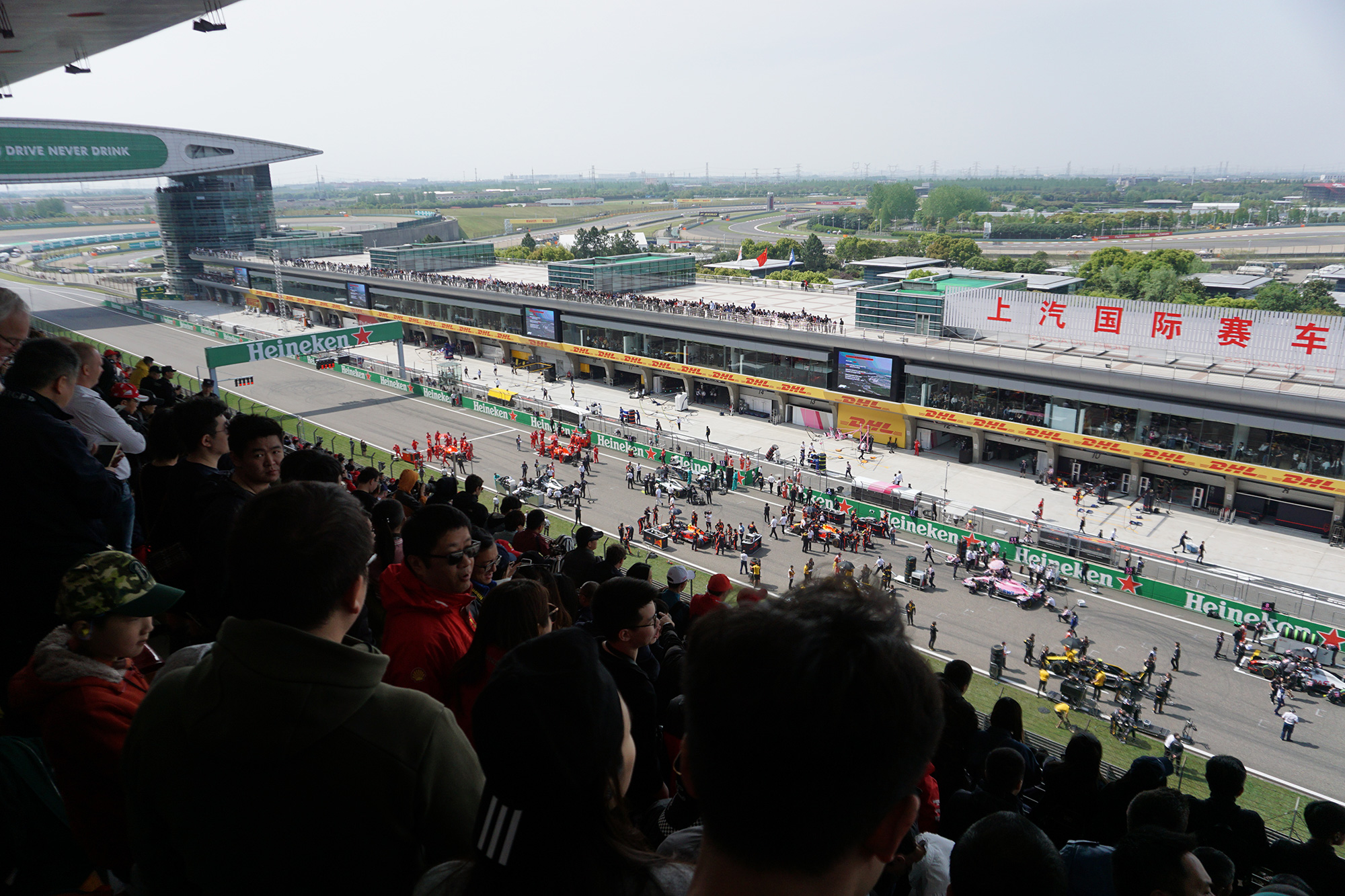 The race was spectacular, with Daniel Ricciardo fighting through the field at the end of the race to take the win with only a few laps to go. Out of all the races I’ve been to, this was the first one where I’ve seen an Australian win, which was quite cool.

If you have any questions about visiting the Chinese GP, feel free to leave a comment below!